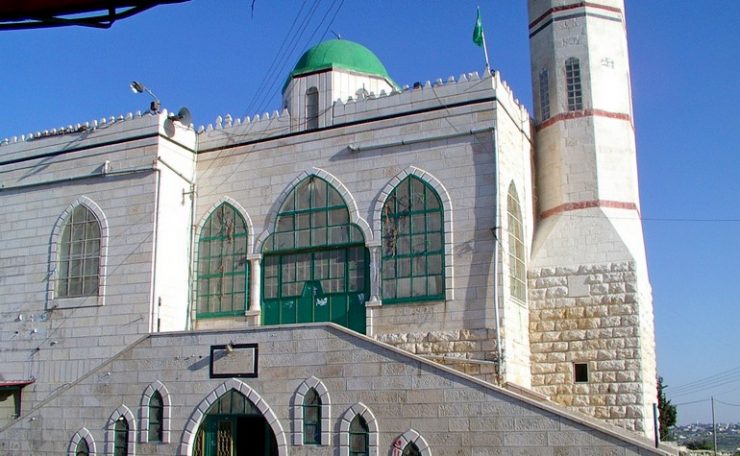 This mosque houses a tomb believed to be that of Prophet Yunus (عليه السلام). The mosque was built by the Ayyubids in 1226 CE and is located in a town called Halhul, north of Hebron. It is built on Mount Nabi Yunus, the highest peak in the West Bank, Palestine.