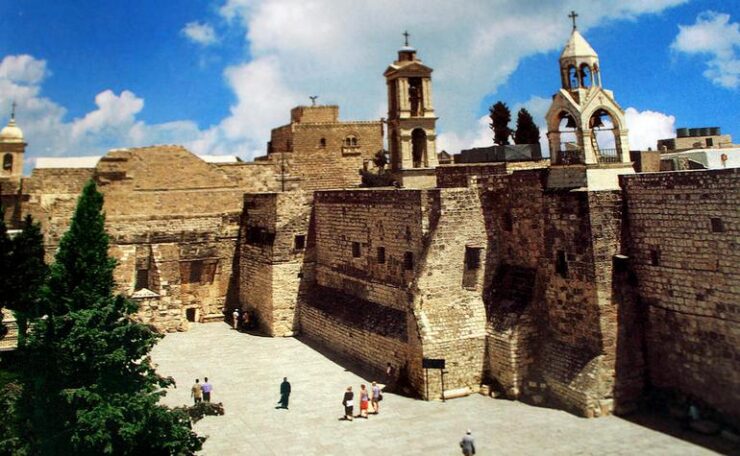 This church in Bethlehem, one of the oldest in the world has been built over the place where Christian  tradition holds that Isa (عليه السلام) [Jesus] was born. A marble floor in the basement denotes the exact spot. A stone block marks the spot where a palm tree once stood which Maryam (عليها السلام) [Mary] shook during the pains of labour. 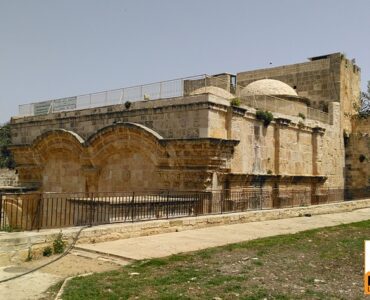 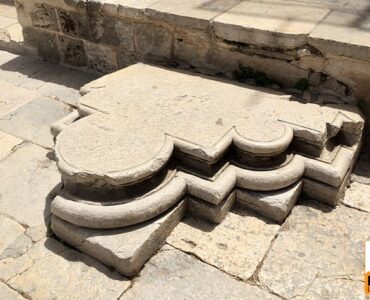