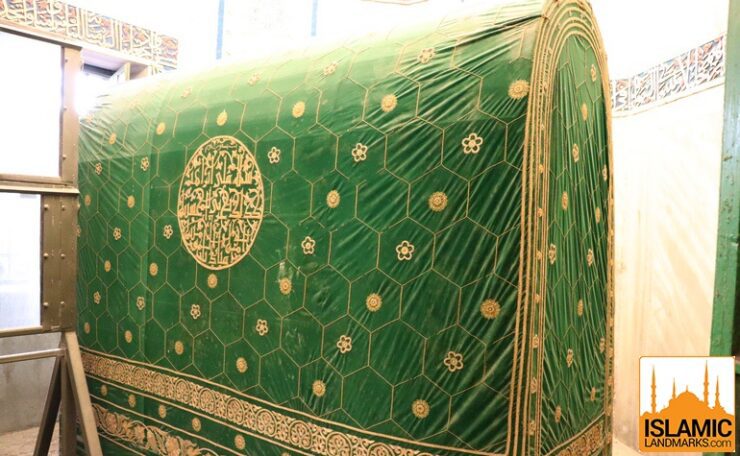 This is the maqam of Prophet Ebrahim (عليه السلام) in Masjid-e-Ebrahim in Hebron. It is built above where he is believed to be buried, along with other close members of his family underground. On the left side is the window from the Jewish synagogue which is built right next to the mosque. This place is a source of great friction between Muslims and Jews and is heavily guarded. 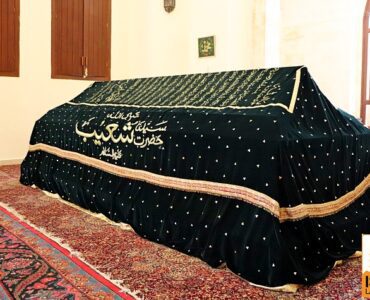