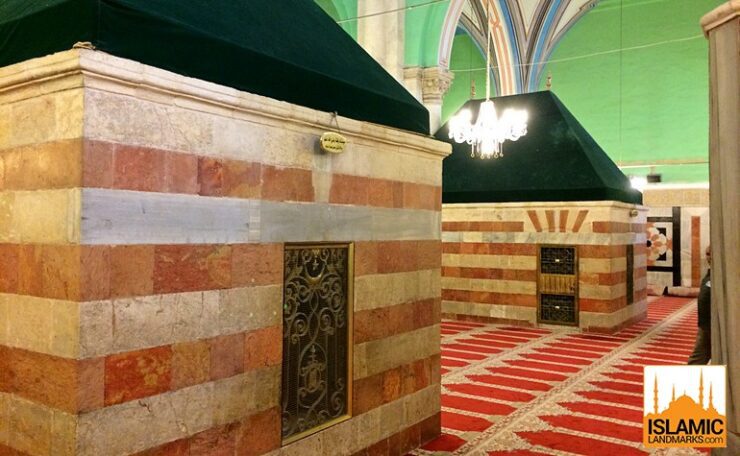 These are the maqams/shrines of Prophet Ishaq (عليه السلام) (right) and his wife Rifaqah (left). They are built above the cemetery in which they are believed to be buried. These maqams are on the Muslim side, along with Sarah (عليها السلام), one of the wives of Ebrahim (عليه السلام). The maqams of Yaqoob and Yusuf (عليه السلام) are on the Jewish side. Jews and Muslims are allowed to enter the others area for 10 fixed days in a year. 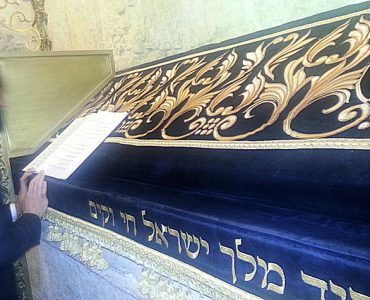