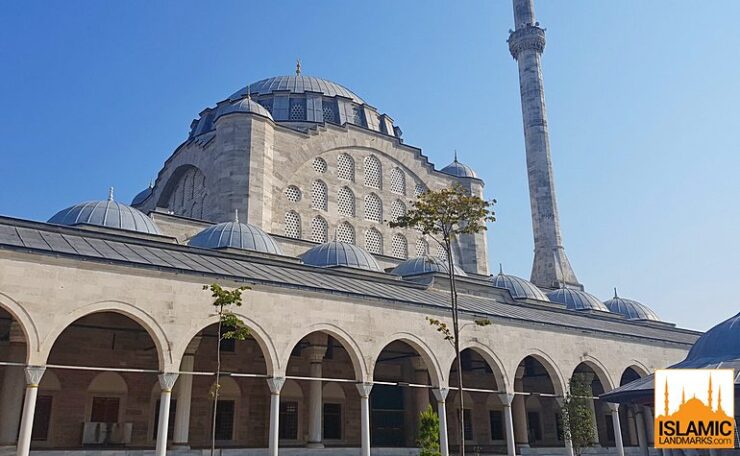 This is the Mihrimah Sultan Mosque, an Ottoman mosque located in the Edimekapi neighbourhood in the European side of Istanbul. It is one of many early works of the architect Sinan that were commissioned by Princess Mihrimah, the favourite daughter of Sulayman the Magnificent, and her husband Rustem Pasa.