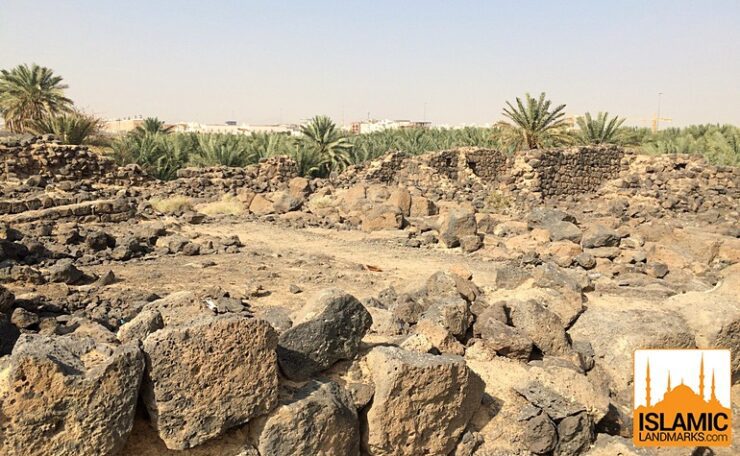 These are the remains of the fort of Ka’b bin Ashraf, an extremely wealthy Jewish poet who stirred up great hatred for the Prophet (ﷺ) and the Muslims. He was killed here in 3 A.H. on the orders of the Prophet (ﷺ).