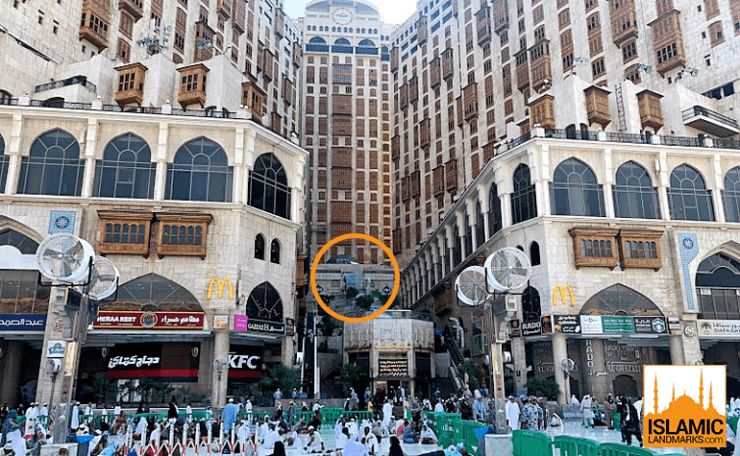 This is the approximate location where the house of Abu Bakr (رضي الله عنه) was located in Makkah and from where Hijrah to Madinah commenced. It is in the Makkah Towers Hotel block, where a masjid (Masjid Abu Bakr) has been built on the 4th floor.