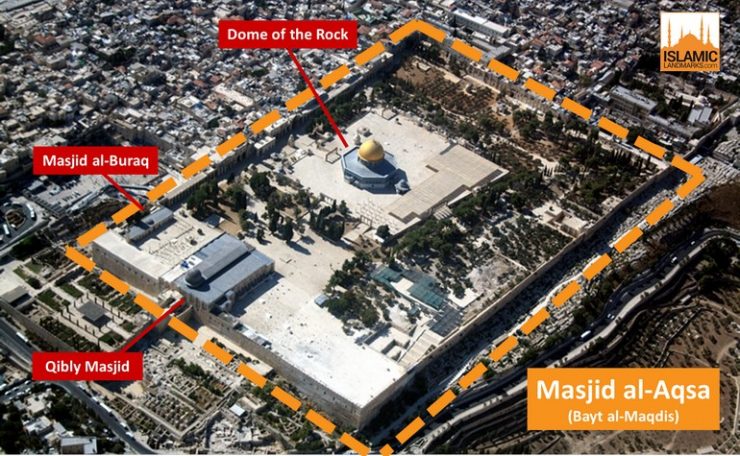 Masjid al-Aqsa is not only the Qibly mosque (with the silver/black dome) or the Dome of the Rock. It is in fact the whole region highlighted above and is also known as Bayt al-Maqdis or Bayt al-Muqaddas (House of the Holiness). The name ‘Masjid al-Aqsa’ translates as ‘the farthest mosque’ and is the third most holy place in Islam. It was here that in around 621 CE the Prophet Muhammed (ﷺ) came on the night journey from Makkah riding on the Buraq.

Masjid al-Aqsa is no ordinary masjid. The Prophet (ﷺ) dedicated a great deal of his life nurturing the Sahabah (Companions) to appreciate the excellent qualities of Masjid al-Aqsa. Some of the reasons why Masjid al-Aqsa should form an important aspect of a believer’s dedication is that it is: 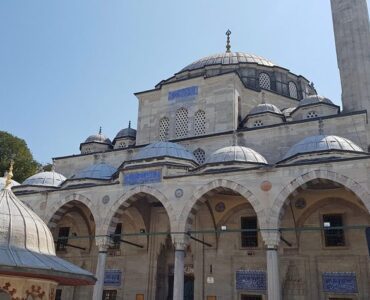