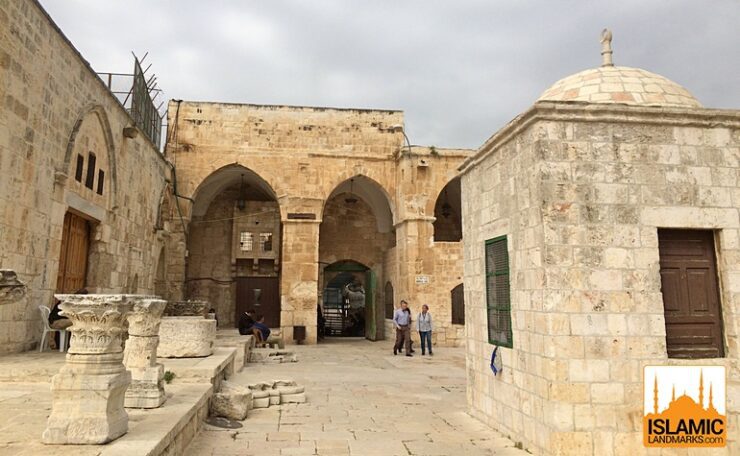 This gate, along the western wall of Masjid al-Aqsa, is known as the Moroccan Gate. It was named after the residents in the adjacent neighbourhood, who after the conquest by Salahuddin Ayyubi had come to live in Jerusalem from Morocco. The gate is also known as the ‘Gate of the Moors’. 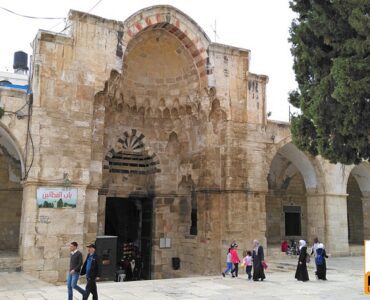