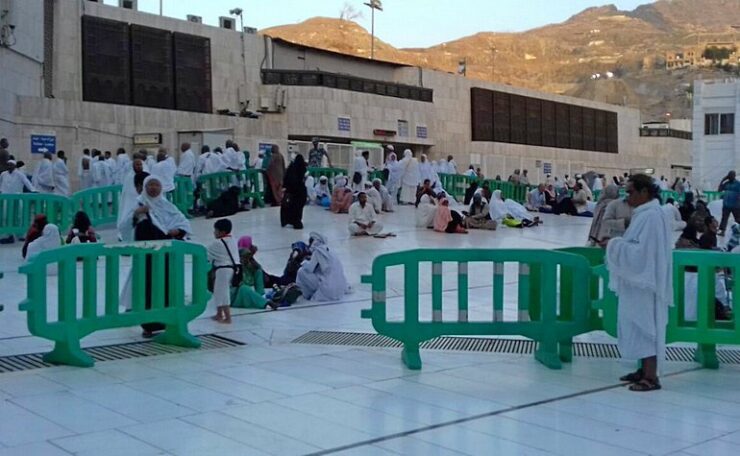 This is the approximate region, outside the Marwah exit, where the house of Ummul Mu’mineen Khadija (رضي الله عنها) was located. It was here that the Prophet (ﷺ) lived from the time of his marriage to her until he emigrated to Madinah.

Please note that the location shown above is only an approximation and it is highly unlikely that the house existed at the same ground level.