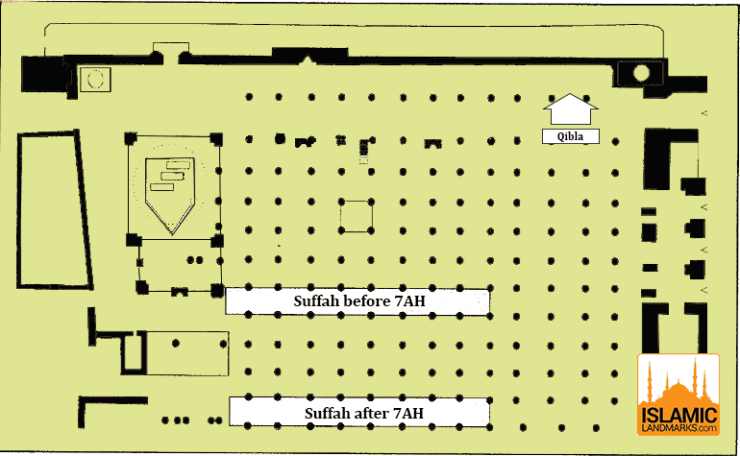 This diagram marks the location, towards the front of the present Masjid-e-Nabwi, of the platform that housed the Ashab us-Suffah (The People of the Bench). The platform was originally on the north wall of the masjid and was moved back when the masjid was extended in 7 AH.

Some of the companions who at one time were members of the Ashab us-Suffah were: