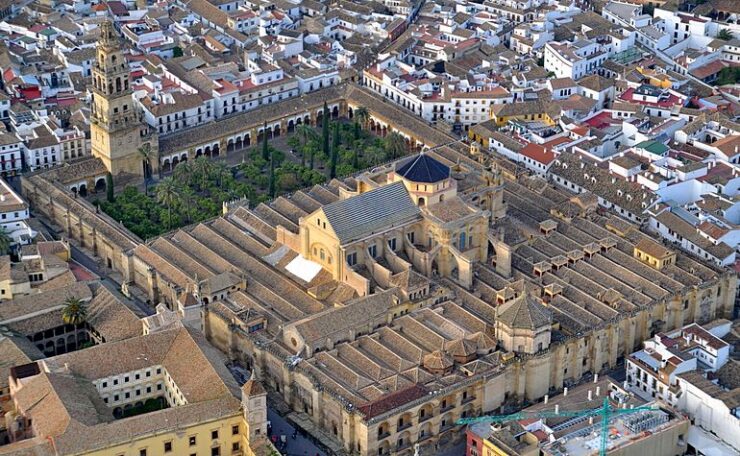 The ‘Mezquita’ (mosque) of Cordoba was originally built on the site of a Roman temple to the god Janus, which had been rebuilt as a church under the Visigoths. Capable of admitting 20,000 worshippers, it was (and remains) one of the largest mosques in the world; following its final extension it now covers 23,400 square metres. Visited by 1.3 million tourists a year, the Mezquita is the only tourist attraction in Spain that dates back to the Muslim period and also houses a functioning cathedral and the offices of the diocese.