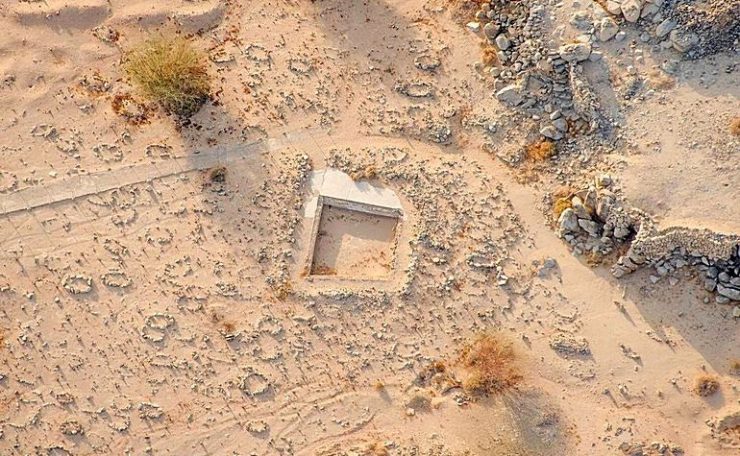 This aerial view, in the plain of Badr, shows the plot of land where the fourteen Sahabah who were martyred in the Battle of Badr are buried. The site is not accessible to the public.

[Read about the previous landmark associated with the Battle of Badr: Jabal Malaikah (Mountain of the Angels)]

How often has a small group overcome a might host by Allah’s leave. And Allah is with the patient. 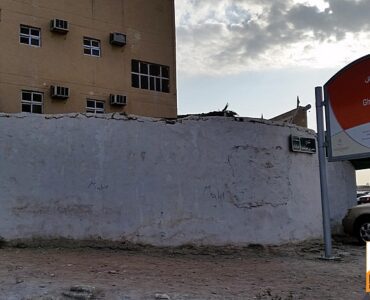 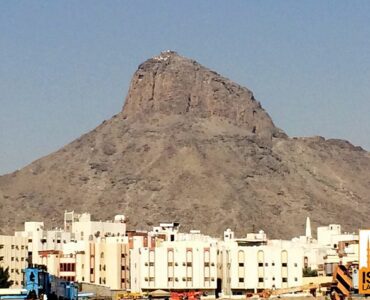