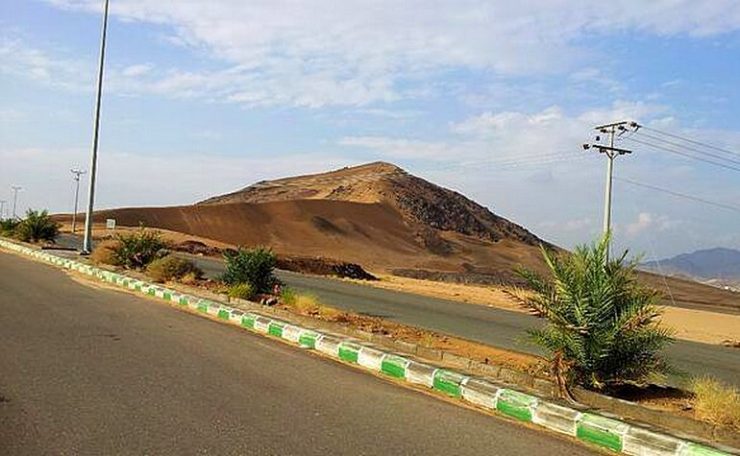 This is Jabal Malaikah which is located next to Katheeb al-Hannan. It is from this mountain that the angels came to assist the Prophet (ﷺ) and the Sahabah during the Battle of Badr. 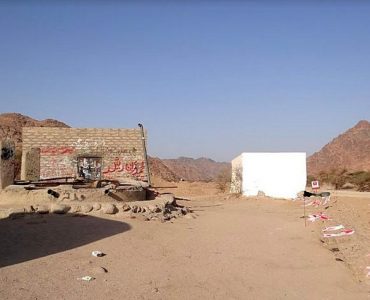