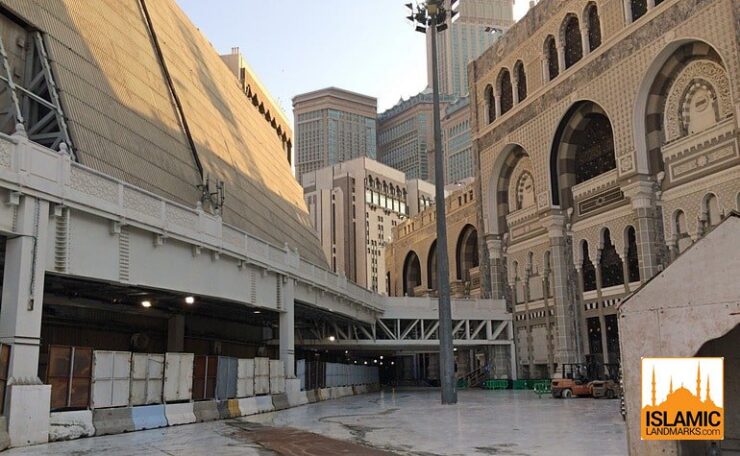 This spot, beyond the lamp post outside the present Mas’aa, is believed to be the approximate location of the house of Abu Jahal. Abu Jahal was a relative of the Prophet (ﷺ) and one of the worst enemies of Islam. He was described by the Prophet (ﷺ) as the ‘Fir’awn’ (Pharoah) of this Ummah.