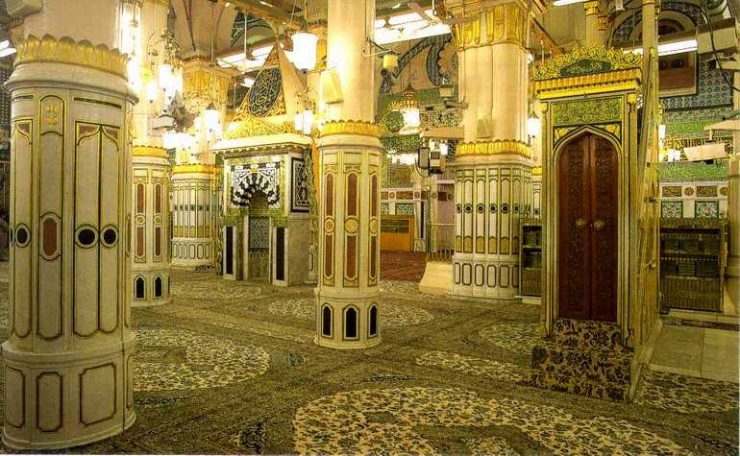 The area between the Sacred Chamber and the Pulpit (Mimbar) is known as the Riadhul Jannah i.e. Garden of Paradise. It is presently distinguished by a green carpet and is also referred to as Rawdah.