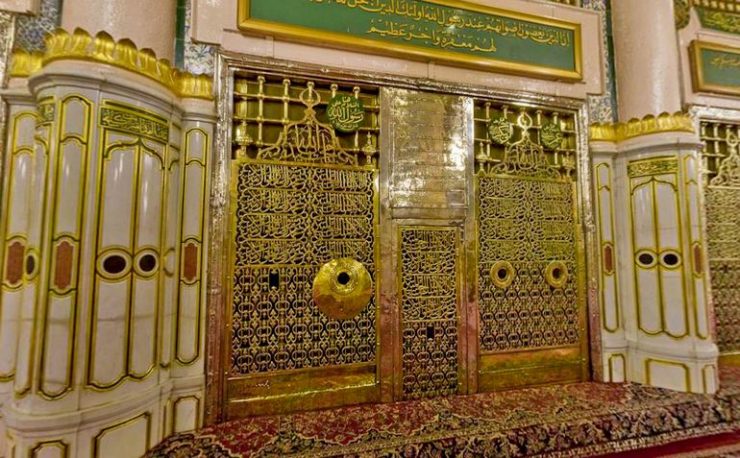 This gold grill is the front part of the Rawdah Mubarak, the Sacred Chamber in which the Prophet Muhammad (ﷺ) passed away and where he is buried. It also houses the graves of the first two Caliphs of Islam, Abu Bakr (رضي الله عنه) and Umar (رضي الله عنه).

Death and burial of the Prophet (ﷺ) 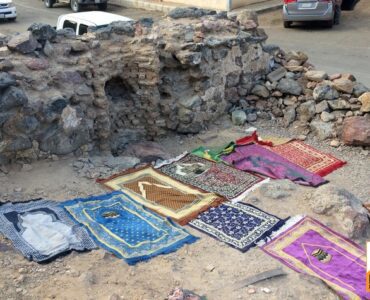