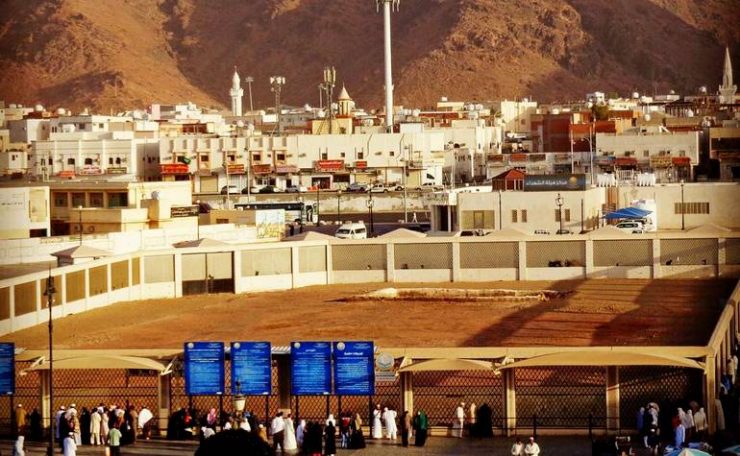 The above enclosure, at the foot of Mount Uhud contains in the centre the graves of Hamza (رضي الله عنه), Abdullah bin Jasht (رضي الله عنه) and Mus’ab bin Umair (رضي الله عنه) who were all martyred in the Battle of Uhud. The rest of the martyrs of Uhud are buried behind this enclosure.