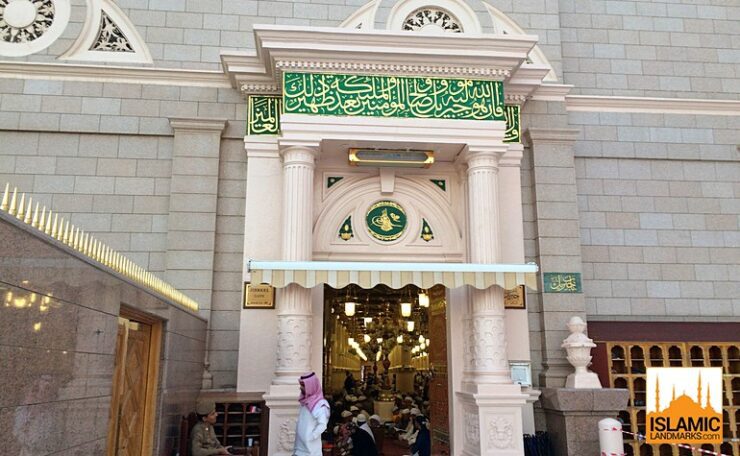 This door, on the eastern side of Masjid-e-Nabwi is called Bab-e-Jibraeel because the angel Jibraeel (عليه السلام) [Angel Gabriel] used to descend from this side with the Wahi (revelation).