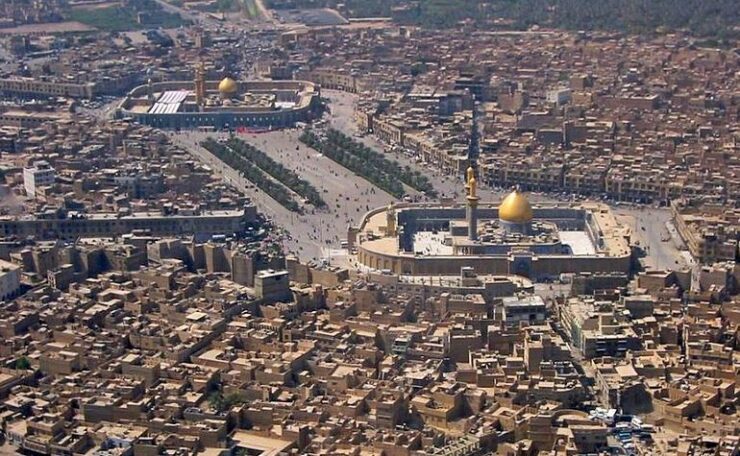 Karbala is the location of a battle fought on 10th Muharram 61 AH between a small group of supporters and relatives of Hussain bin Ali (رضي الله عنه) and a much larger force of Yazeed I, the Umayyad caliph. It is the place where Hussain (رضي الله عنه) was martyred.