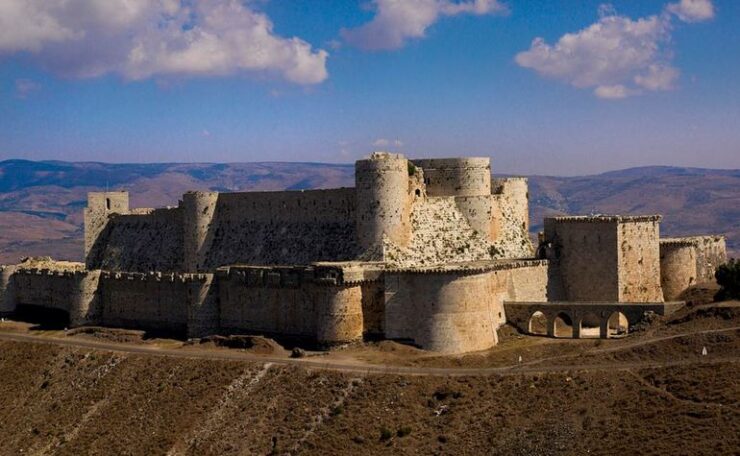 Krak des Chevaliers is regarded as being one of the best preserved Crusader castles in the world. It is located 65 km west of the city of Homs, close to the border of Lebanon. 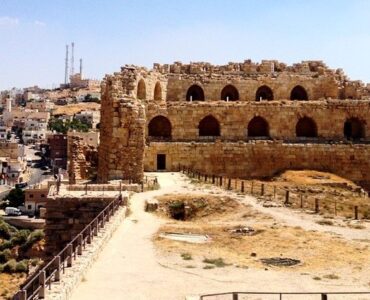