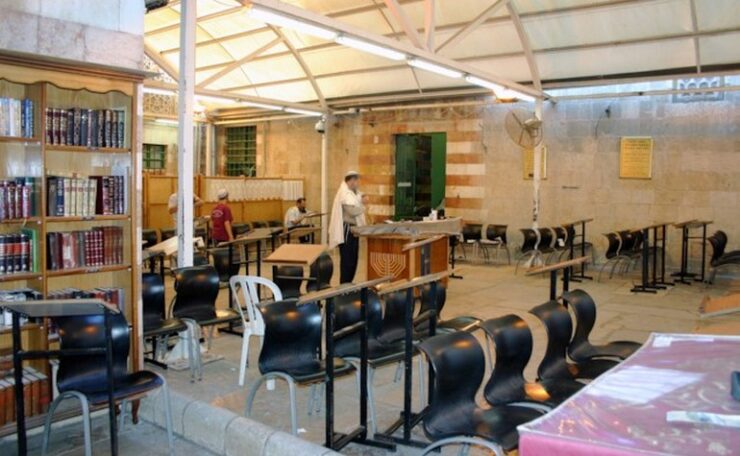 This is a view from the Jewish side. Previously, the area was open to the sky but has now been covered and is used as a synagogue. The green door leads to the tombs of Yaqoob (عليه السلام) and Lia [Leah], who was one of his wives.