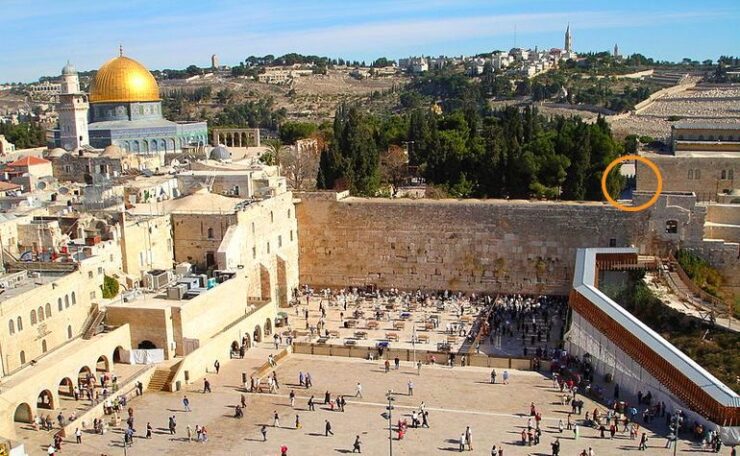 This wall, formerly referred to as the ‘Wailing Wall’ and now more commonly known as the ‘Western Wall’ is the most sacred place for Jews who believe it to be the only surviving structure of the Herodian temple. For Muslims it is known as the Buraq Wall, for on the other side is where the Prophet Muhammed (ﷺ) tied the Buraq, the riding animal upon which he rode during the Night of Ascension (Mi’raj). The circle shows approximately where this happened.