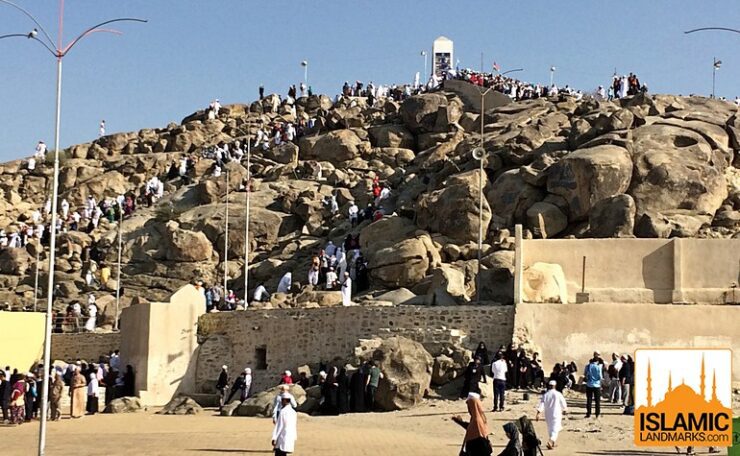 The above picture shows Jabal-ur-Rehmah (Mountain of Mercy) on the plain of Arafat. Standing at Arafat is the fundamental requirement of Hajj and pilgrims come here on the 9th Dhul Hijjah (second day of Hajj).

Mount Uhud and site of battle