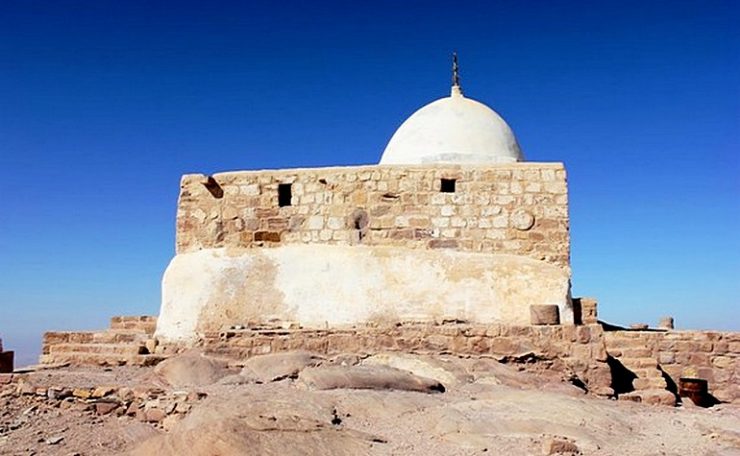 The white building on top of this mountain is believed to house the tomb of Harun (عليه السلام) who was the brother of Musa (عليه السلام). It is situated on top of Mount Hor, close to the valley of Petra. It was built in the 13th century, by the Mameluk Sultan Al Nasir Mohammad.

“Musa (Moses) said, ‘Lord, lift up my heart and ease my task for me. Untie my tongue, so that they may understand my words, and give me a helper from my family, my brother Harun (Aaron) – augment my strength through him. Let him share my task so that we can glorify You much and remember You often: You are always watching over us.” [20:25-35]