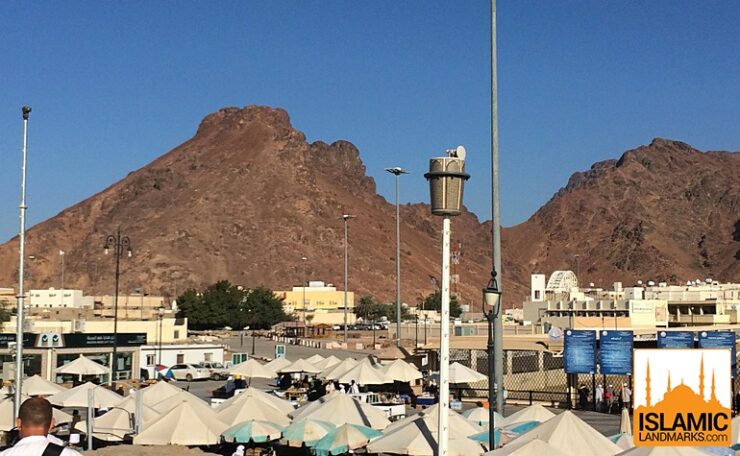 This location, in northern Madinah, is where the Battle of Uhud took place in 3 AH (624 CE). It was the second war between the Muslims and the pagan Makkan forces following the Battle of Badr. An initial victory turned to defeat for the Muslims after some fighters left their position, mistakenly thinking the battle was over. 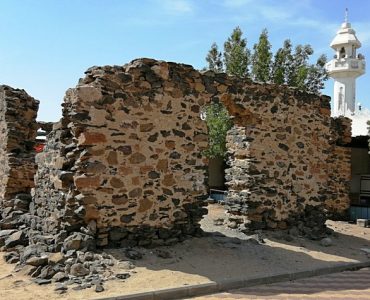