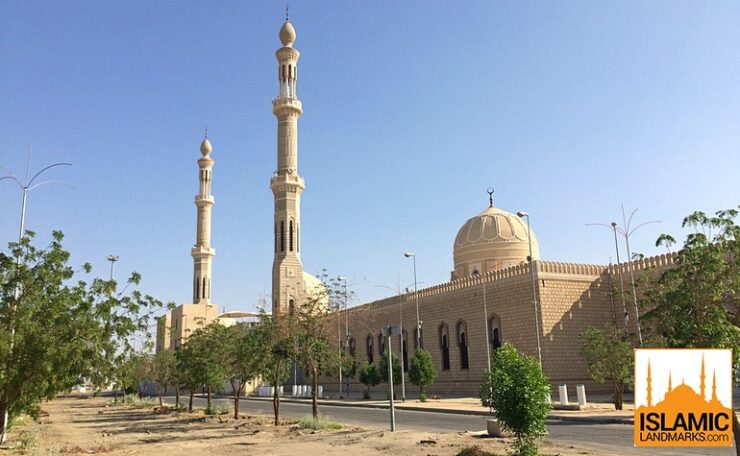 The masjid above is Masjid Nimrah and is located on the plain of Arafat. When the Prophet (ﷺ) was at Arafat on his farewell Hajj on the ninth day of Dhul Hijjah 10 AH (632 CE) he camped here. After midday he delivered his famous sermon (reproduced below) at Waadi Urana nearby while seated on his camel, after which he led the salah. More than 100,000 Sahabah accompanied him on this Hajj.