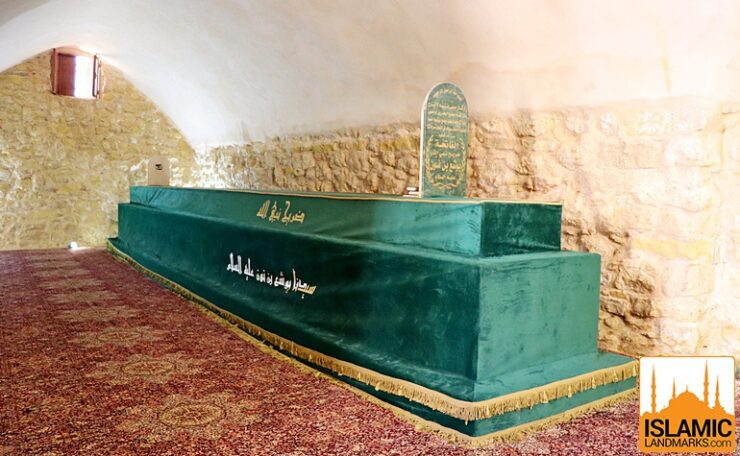 This is the tomb of Yusha (عليه السلام), a Prophet who was very close to Musa (عليه السلام) and took his place as the leader of the Bani Israil after his death. He is known as Joshua in the Bible.