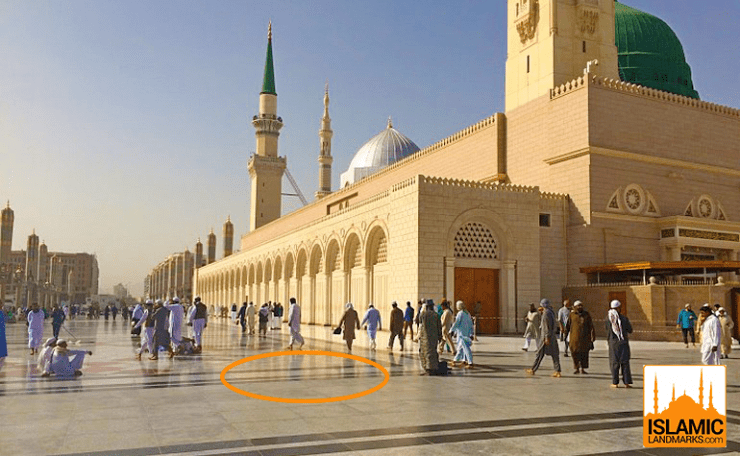 This is the approximate spot, at the front of Masjid-e-Nabwi, where existed the house of Abu Ayyub Ansari (رضي الله عنه). This is where the Prophet (ﷺ) initially stayed for several months on his migration to Madinah, while Masjid-e-Nabwi and the adjoining rooms for his wives were being built.